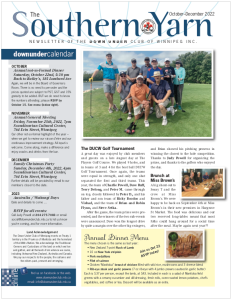 The Southern Yarn is available for you to download.

You can click on the image to the right or you can check out the Yarns page here: The Southern Yarn.

Here’s Charlie’s editorial to get you started:

It’s a beautiful Manitoba autumn – leaves changing to all shades of green, yellow and red; geese honking overhead; harvests in and gardens put to bed; returning songbirds singing to be fed. It has been fun enjoying in-person club events once again – the pool party, golf tournament, brunch – and more to come, as per the calendar.

END_OF_DOCUMENT_TOKEN_TO_BE_REPLACED 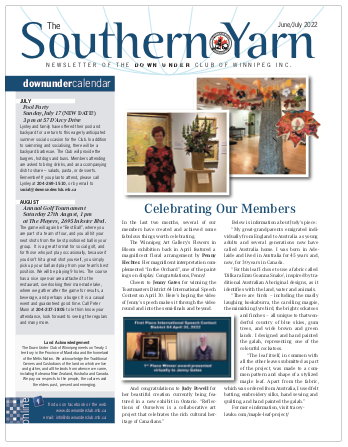 The June July issue of The Southern Yarn is available, online in glorious colour, complete with links to more reading. The cheerful yellow paper version will be making its way to postal recipients in the coming days.

END_OF_DOCUMENT_TOKEN_TO_BE_REPLACED 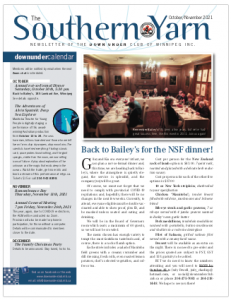 The October-November issue of the Southern Yarn is available  for your reading online, download, printout, or you can wait for your copy in the mail, if you still get it in glorious black-and-white on our signature yellow paper stock. END_OF_DOCUMENT_TOKEN_TO_BE_REPLACED 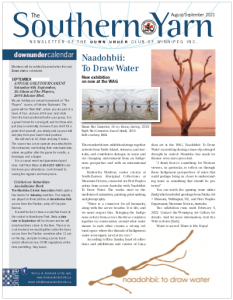 The August/September issue of The Southern Yarn is available for download.

Here’s Charlie’s editorial to get you started:

Well, the severe drought foreshadowed by last winter’s minimal delivery of snow is now manifesting itself big time in the form of wildfires. The inconvenience of smoke in our air is nothing compared to the sad ordeal of having to leave one’s home and belongings to the mercy of the wind and flame. When it last struck Australia in 2019-2020, Canadian firefighters were quick to respond. Now, Aussie counterparts are deployed to help contain the blazes in Northwest Ontario.

END_OF_DOCUMENT_TOKEN_TO_BE_REPLACED